Skip to content
The Summer of the Sweaty Hustle
August 29, 2020 by Kerry Brown 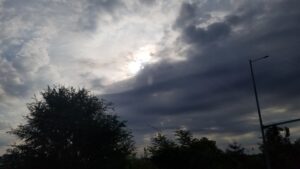 When it became clear or society was wrestling with, well, everything, I refused to let myself become one of those people sitting around, sharing memes, complaining on social media and wondering what the hell happened.

I have a few key principles I abide by, foremost is that I am responsible for myself and only myself. There’s so passing the buck, no excuses and if I fail or screw something up, that’s due to my own shortcomings or inexperience.

When the location of my 9 to 5 job closed in March (temporarily we were advised, but with no way of knowing for certain) I wasn’t content to operate in standby mode while accepting unemployment. Don’t get me wrong, that money filled some gaps while I went on Operation Hustle 2020 but I wasn’t going to pretend it would always be available. In addition, doing the weekly filing just rubbed me the wrong way. I hate accepting something I haven’t earned. It doesn’t feel right. But that said, I wasn’t too proud to refuse the chance to pad some savings categories and have a little room to breathe while I made my plans.

I had several side hustle ideas brewing in the back of my mind and I figured that was as good a time as any to get rolling on it.

At the first of the year I had a general idea and business plan set forth for doing edible landscaping design and property assessment. I had a few customers and good experiences but I was behind the curve on advertising and reaching my base. I needed to earn money in a way that was consistent and could build upon itself.

I branched out, offering to mow yards, general garden care, small handyman type work. After a couple of months of steadily adding work, I kicked myself off the unemployment benefits and found myself booked out with work at least two weeks in advance on an ongoing basis. Just as soon as gaps in my schedule would appear, so would more requests for work. The really nice thing is that the bulk of the work is right here in my neighborhood so I’m keeping my commute costs low and helping my neighbors care for their property.

This isn’t the most glamorous work. There’s a reason I’m calling this the sweatiest summer of my lifetime. I have had 5 epic breakouts with poison ivy. I’ve done the 40 yard dash from angry yellow jackets. I lost a $65 pair of pruners. I’ve tackled yards with a push mower that probably called for a tractor and a bush hog. At first I vastly underestimated the time it would take to complete a job and as a result, some folks got really good deals for my labor. I have made friends with several of my customers and it seems I have a good relationship with all of them. I show up when I say I will and I communicate any changes to a schedule if necessary. I’ve learned that when it comes to property maintenance and handyman work, being friendly, communicative and simply showing the heck up gets you the job.

Some fellow neighbors do similar work also within the neighborhood and we have communicated to refer customers if one of us is too busy and the other could use work. I also refer out jobs that I’m not qualified to take on to my fellow neighbor entrepreneurs.

At the end of every day, I am fully exhausted. It’s one reason why there hasn’t been as much content and updates here on the main site but it’s for a good reason. I am literally making my own way in my life and I recommend it. Embracing and pursuing the entrepreneurial life has been one of the best decisions I’ve ever made. Yes, it’s much harder than showing up for a regular job. I’ve had to become more organized and balance out scheduling and the timing of jobs. There’s always the “what if” in the back of my mind. What if work runs out? What if I get hurt? What about wintertime?

Even with these pending questions, it’s still worth it. I won’t say that I’ll never again work a regular job, but my goal is to never have to take that route. I’ve packed some serious lessons into these last few months, some of them a little painful but nothing I can’t recover from. I think as our economy downshifts as a result of the various interruptions and changes, being nimble and responsive to how you can operate within and outside of the standard system is going to be crucial for keeping yourself free, solvent and happy.

For folks who are interested in pursuing a side hustle or taking on self employment, I’m happy to lend my experience from this part of the learning curve. Email me at strongrootsresources@gmail.com with your questions or comments.

Previous articleGrowing in 2020Next article The Basics of Quail Keeping